The Barchetta 595 was created in the early 1990's by Peter Stevens and Gordon Murray.

Styled to look like a Fiat 500 Speedster, the mechanical base is usually a Fiat 126.

The photos above, show the conversion from a humble 126 into a Barchetta 595. My car

decided to build a bespoke chassis to make the build a simpler bolt together package. The resultant

body panels. The new car is called the XLR8 and details can be found elsewhere on this site. This issue we have a variation on the occasional series alternating with 'Also known as " both featuring members' cars. If anyone else wants to explain why their 500 has the name it has, or why they bought their 500, send me a photo and a short explanation and I'll put it in a forthcoming 500 News. This issue Andy Stamp tells the story of why he decided to build a Barchetta ...

My interest in small Fiats dates back to the early eighties when my sister purchased an 'R' registered 126 as a car in which she could learn to drive. It occurred to me at the time that these little cars made perfect sense as cheap, fun, runabouts and as my sister was soon to realise that driving was not her 'cup of tea' it took little persuasion to relieve her of it.

It wasn't long before the inevitable electrical failures, corrosion and 'bits falling off' started to dampen my spirits and, being an impressionable teenager, 'sports' cars beckoned...

These were the Thatcher 'boom' years -a time when the motto was 'buy it now and worry about the price later...' In fact, by the time you'd realised that you could not afford something you had already sold it and bought the more expensive one. Working on this principle it only took a few small years before I had reached the dizzy heights of motoring excess and finance overload.

It was fun while it lasted but, as any responsible adult will tell you, this situation was doomed to failure (Thatcher's as well as mine).

Subsequently it wasn't long before I was back to buying sensible cars at sensible prices. However, during this rash period it became apparent that many of the cars that I had owned (or aspired to own) had been styled by the same man, a chap by the name of Peter Stevens.

Many club members will be familiar with this name as one of the many automotive celebrities who owns and drives a Fiat 500. Some may even be able to list a fair number of the cars that he has styled. But I guarantee that nearly all of you will, at some time or another, have seen one of his creations and 'wanted one'.

So why, if you are responsible for styling exquisite 'super cars' would you want to drive a 500 Simple. Whichever way you look at it, a good design is a good design, and a good designer knows that.

In November 1993 I was shown a picture from the cover of 'Kit Car International' magazine. 'I wanted one'... (see I told you so...). Although I did not realise it at the time, Peter Stevens had done it again. The ultimate 500 incarnation. Roofless, rustless, with only two seats, no doors, steroid wheel arches, and a low-cut perspex windscreen. Ladies and Gentlemen, I give you the Barchetta 595.

I proceeded to spend the next few weeks collecting every last morsel of information about the car. I bought any magazine that had even the smallest feature and read all the articles until each and every fact was committed to memory.

Then I contacted the manufacturer regarding specific options, prices and availability.

All was looking good until I rang in February '94 to place a firm order. Shock, Horror, Nightmare !!! They had decided to cease production. In spite of my protests (and pitiful grovelling) the situation did not change. It seemed that my Barchetta ownership would be destined to consist of a folder containing pictures and magazine articles. I was one unhappy bunny...! over the next couple of years I occasionally contacted the manufacturer to see if they would relent and succumb to gentle persuasion, but to no avail. I eventually bought a 'proper' 500 in mid '97 and, love it as I do, the Barchetta obsession remained as strong as ever.

To cut along story short I decided in September '97 to have one last go at obtaining a set of Barchetta moulds. Fate is a funny thing. For a number of unrelated reasons that I won't expand on how I unwittingly managed to pick the perfect moment to call. A couple of meetings and a fat cheque later I was the owner of TWO sets of Barchetta moulds. Needless to say I was now an extremely happy bunny. ..!

Fourteen months, and a monumental learning curve, later the first car is ready. With the benefit of hindsight I can see why manufacture was ceased. The Barchetta 595 is not a 'kit' in the traditional 'bolt part A to part B' sense and the development and production costs involved in making it so would have been massive (not to mention the liability insurance premiums). A 'flat pack kitchen' this is not...!

To build one you need to learn a multitude of skills as diverse as welding, panel beating, upholstery, laminating, auto-electrics and spraying. And that's once you've got the moulds...!

That said, I've really enjoyed building it and have still yet to appreciate how much I have learnt in the process.

As with all projects like this I owe a huge debt of thanks to many people. Mick, at the manufacturers. for being incredibly positive and agreeing to provide the moulds.

Fellow Barchetta man, Dave Arnott for all the tips, suggestions and enthusiasm. My mate Marc (who owns the other moulds) for loads of reasons. But most of all to Tina (member 466A), for putting up with a list of annoyances that, if printed, would cause a world paper shortage and for actively encouraging me to spend thousand of pounds on a plastic 'Noddy' car. I think it's time to decorate the living room.
Последна промяна от DeYaN на 03/09/2008, 20:14, променено общо 1 път. 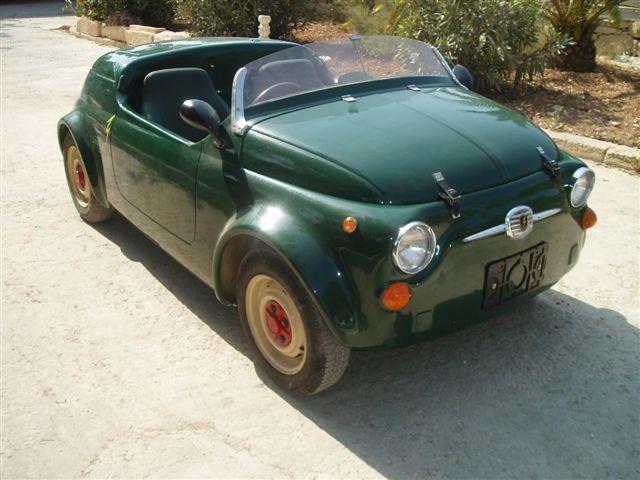 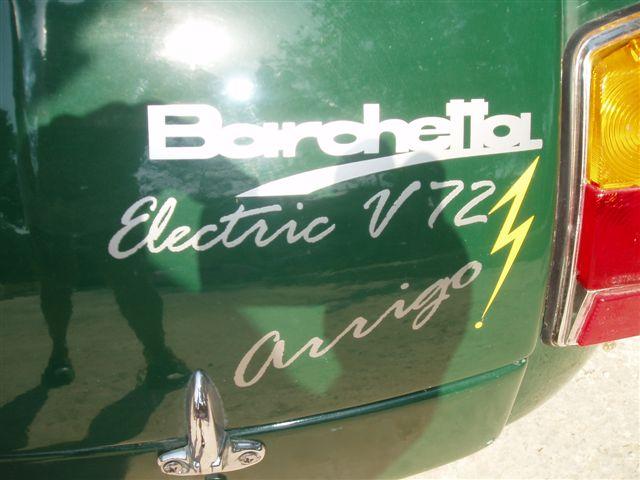 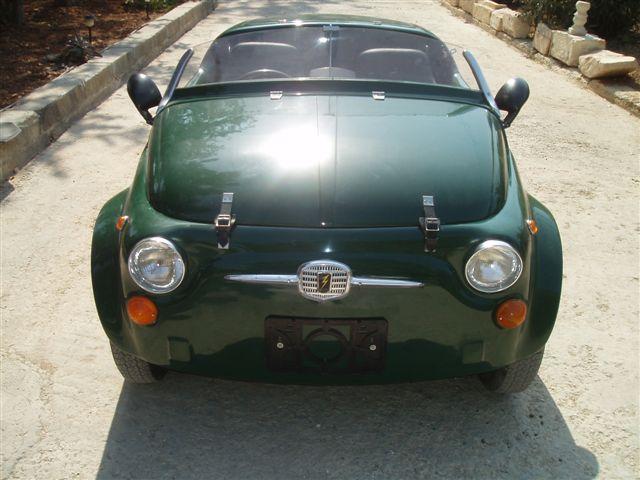 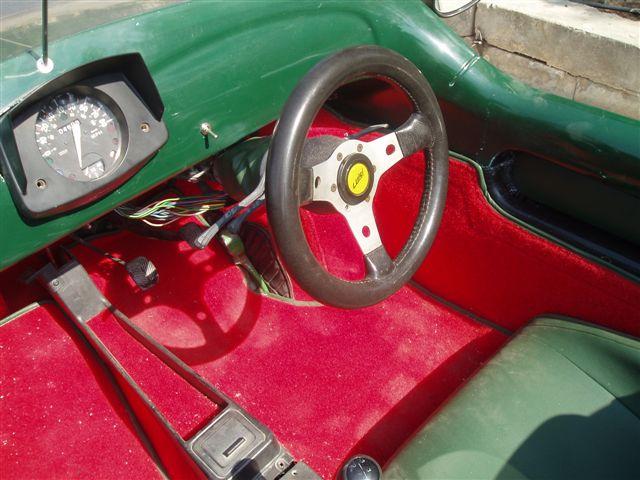 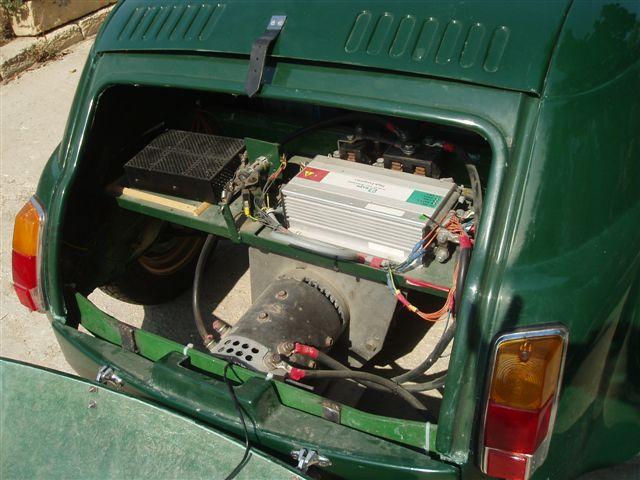 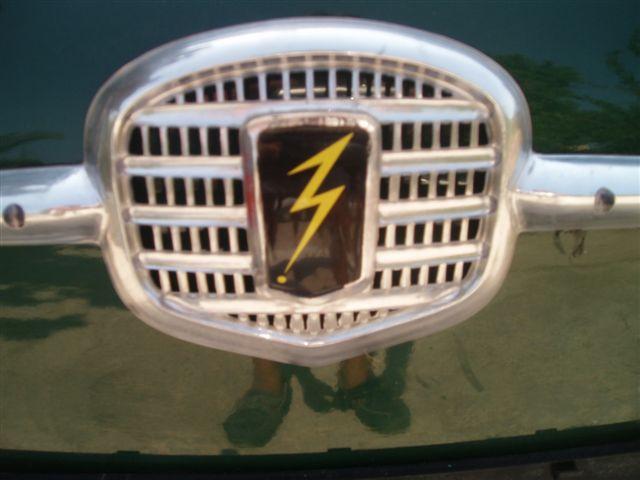 The Barchetta in petrol version ( Barchetta 595) (racing version Barchetta SS Group 2) and electric version (Barchetta V72 Eco-Electric) are constructed from the late 1980's Polish built Fiat 126 BIS. Bodies are made in Malta by CARROZZERIA-ARRIGO-MALTA. The entire vehicle is custom made.
The body is removed and all running gear is stripped and replaced by new parts. The excellent 126 chassis is sandblasted and strengthened and fitted with a new composite
(glass fibre and kevlar) lightweight (for electric and racing cars) body. Street petrol cars are fitted with 126 air cooled 650 cc motors. Race cars with 750 Group 2 modified air cooled 126 engines.

Batteries 6 Dyno Europe, 12.00 Volt, Lead-Acid, Gel
Fitted 4 between the rear wheel arches and two in front for even weight distribution.

In order to keep the restoration hobby going we custom build the Barchettas to order, in petrol, electric and racing versions. Vehicles are delivered with EU documentation in the customer's name. Build time is six months. Detachable hard top versions available. Production to date is 15 cars with orders in hand. A very exclusive car that attracts more attention and photographs than a Ferrari. A perfect fun car, especially on a sunny Mediterranean island like Malta. I use one of my fleet every day, all year round. Currently considering converting the four suicide door Cinquecento 500's, that have been waiting to be restored for years, to electric cars using a Perm 132-24 72 v pancake motor. We are also involved in the Grand Prix de Malte for Historic cars. see http://velocetoday.com/events/events_158.php and http://www.grand-prix-de-malte.com/ We hope to introduce an Electric Car Race in 2009 at a new, unique and exciting location in Europe.E-mail me for more info.

The Cool Car Company came to Donington with its cute Cool 500 roadster. Clearly inspired by the Barchetta 595 that saw the light of day in the early ‘90s before going quiet, the Cool 500 has all the charm of the original concept, but with the added practicality of doors. Based around Fiat 126 components, the original floorpan is retained image: Cool 500and beefed-up using laser cut floor strengtheners supplied in the basic kit package. Onto this basic structure is dropped the single-piece fibreglass bodytub, with additional doors, bonnet and bootlid.

The kit package is £2995, onto which you'll need to add some wheels, your donor, paint and basic interior componentry, but it seems doubtful that the kit could ever be described as expensive. To find out more, contact The Cool Car Company, 22 Heath Road, Rowhedge, Colchester, Essex CO5 7AZ. Tel: 0870 0622097.

Using a stiffened, modified late-model Fiat 126 chassis, with a tuned version of the 126 twin-cylinder 650cc air-cooled engine, the Simpatico 595 is moulded in composites. It weighs 460kg, with a minimum output of 28 bhp giving a 74bhp per ton power-to-weight ratio - the tiny open sports car offers lively performance.

Simpatico 595's body is a composite moulding using a mixture of glas and Kevlar. The seats are also moulded in composite materials and specifically designed for the Simpatico 595. The bonnet and engine cover are leightweight composite versions of original 500 components.

The Simpatico has been designed with the aim of using as many recycled reconditioned components as possible. 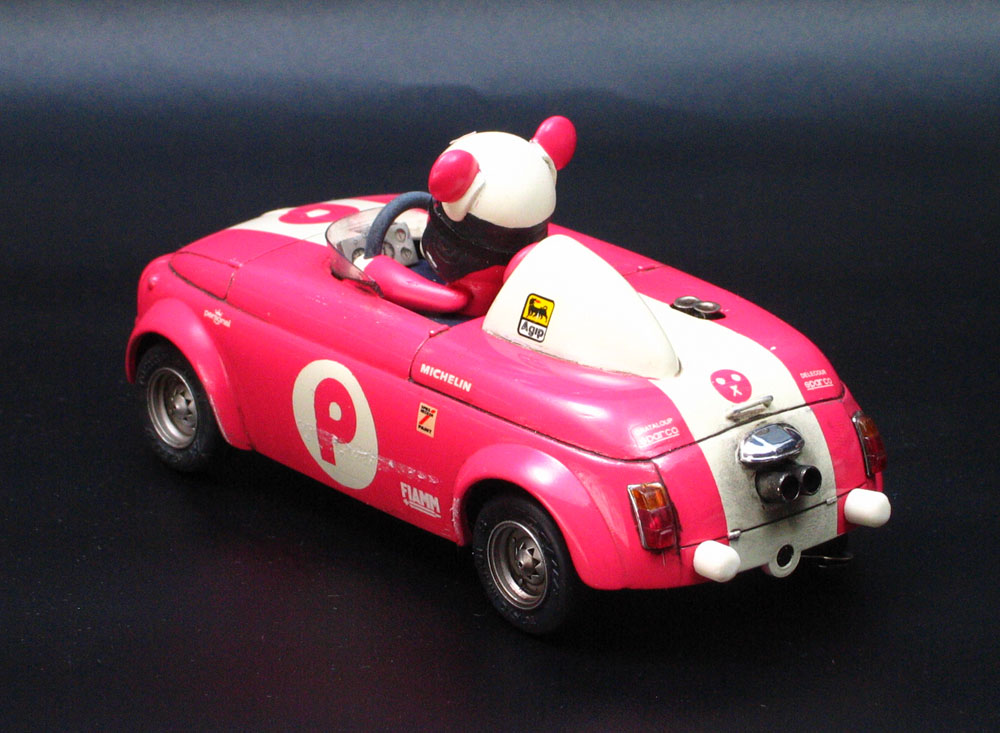