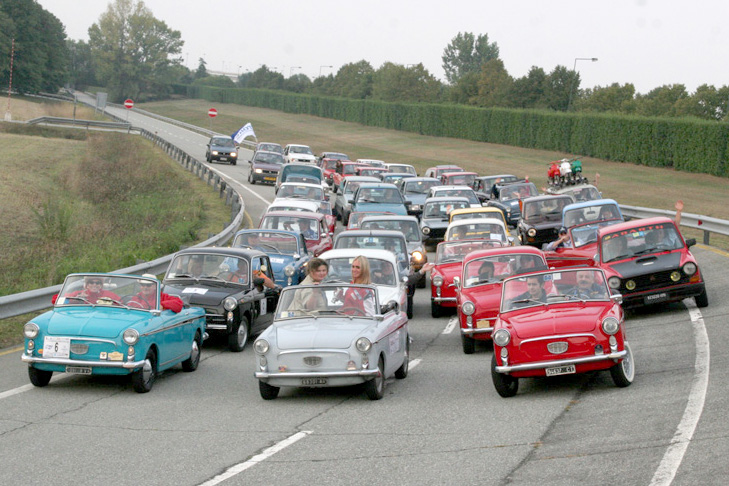 Originally called Bianchi and founded in 1899, the company made vehicles for 56 years – big cars, tanks (during the war) and, from 1939, trucks with Mercedes engines. Bianchi was based in Milan. In January 1955 it merged with Pirelli and Fiat to become Autobianchi SpA and produce Fiat 500-based small cars. The attractively-styled Bianchina Transformabile made its debut in September 1957 in Milan.

In 1958 it was given a stronger engine and became available as a saloon, coupe, convertible and estate. In the same year Bianchi sold its shares to its partners, Fiat and Pirelli. In 1960 just over 30,000 of these little Italian cars were built.

In the same year, Autobianchi introduced at the Geneva Salon, the prettiest model of this series, the Bianchina Special Convertible, a little luxury car, with lots of chrome trim and attractive interior fittings. The indicators were fitted separately below the headlights (not on the bumper guards). The radiator changed and two sweeping ornamental moldings decorated both sides. The cooling slots on the side behind the doors and the chrome borders below the body edge were eliminated. The windscreen was more angular.

The Autobianchi Special Cabriolet has the Fiat 500 Sport motor and is rarer and, perhaps, even more attractive than the coupe. 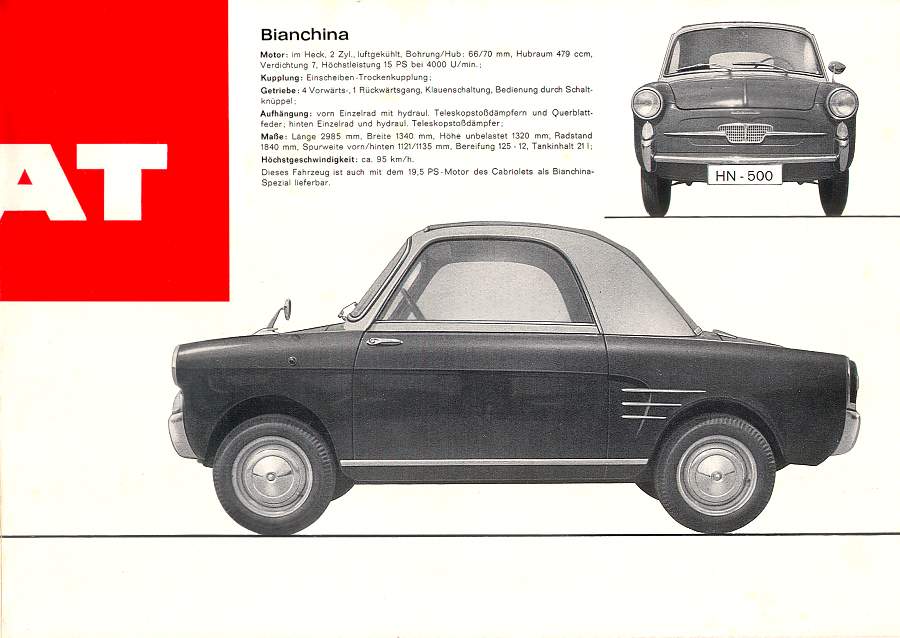